Creating a 3D wireframe cube with MicroPython on an OLED display 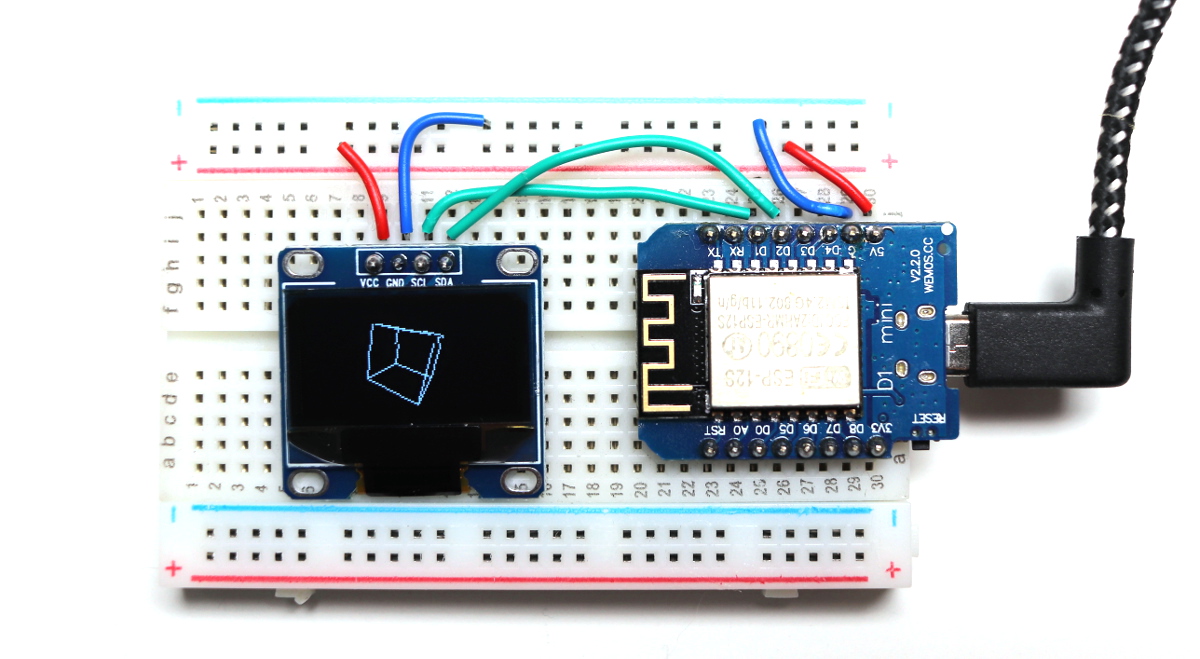 The full code is available for download here if you want to skip ahead and start experimenting.

The width and height are defined by the display, so you won't want to change these unless you're using a different display output.

Creating a 3D wireframe cube with MicroPython on an OLED display was published in invent on September 23, 2018 (updated March 01, 2022)