Analyzing a dot blot in ImageJ by background subtraction and measuring the integrated density of each dot. This dot blot image is available in the File/Open Samples menu in ImageJ 1.33s or later.

See image for profile plots (Analyze/Plot Profile) of the first row of dots before and after background correction was done using the Subtract Background command with the rolling ball radius set to 25 pixels. 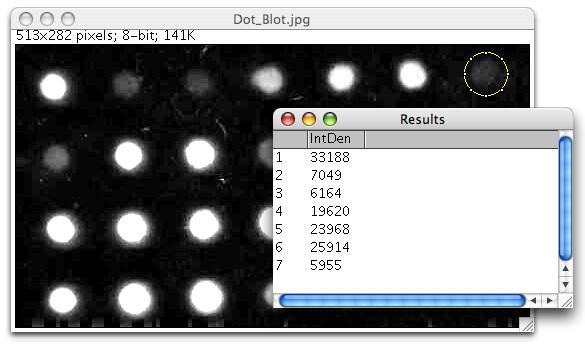 Dot Blot Analysis with ImageJ was published in tutorials on May 18, 2014