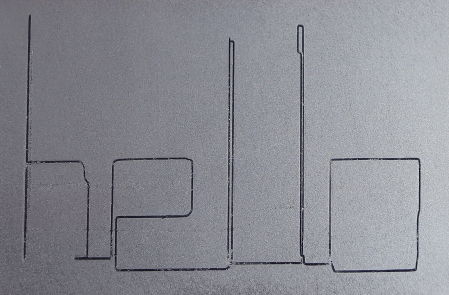 The screen has a ratio of 5:3 so any other similarly scaled resolution will also work. Some examples below use a lower resolution of 100x60.

We capture from the camera at a 800x600 resolution.

If you want to experiment 200 & 100 also works well, producing sometimes neater images at the expense of detail/connectivity. 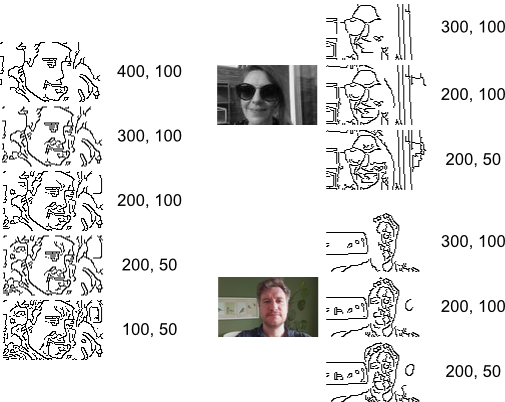 You can adjust the levels of brightness/shading by adding more entries to the fill_pattern list. Hatch patterns also work, although the Etch-A-Sketch draws them even worse.