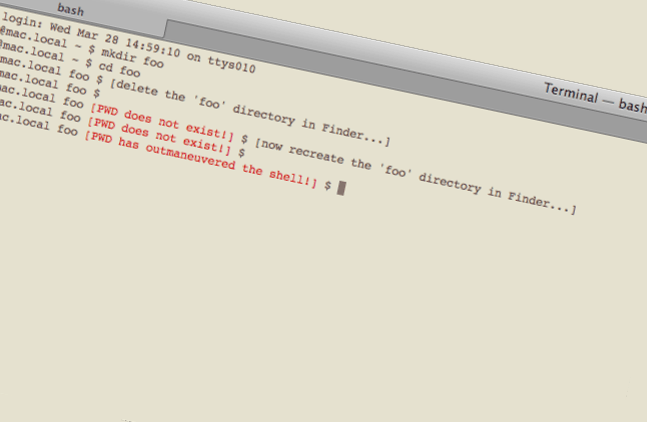 Show Warning in Prompt when Shell Loses Directory was published in tutorials on September 28, 2011 (updated March 30, 2021)